Up-Close and Personal with Diki Suryaatmadja, The Genius Boy!

Has an IQ score of 189, a number of achievements in science Olympiad, and successfully entered university at the age of 12 years; he deserves to be called a future scientist.

Well, while Diki returned home to Indonesia, SUN Media had the opportunity to chat with this teenager who was born in Bogor, July 1, 2004. 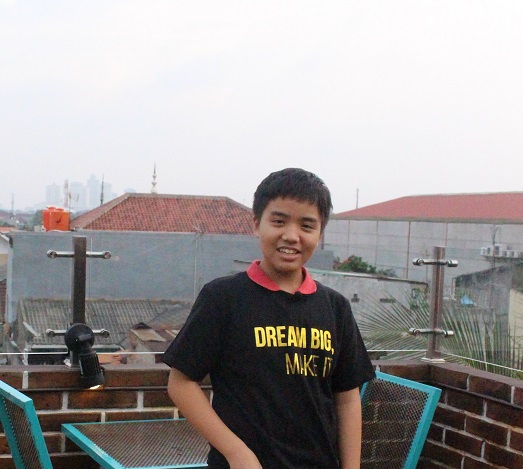 The Passion for Physics

“I’m fascinated to see how the universe works.” So the reason Diki when asked by SUN Media why he loves Physics. This friendly boy is now two years studying physics at the University of Waterloo, Canada. He sits in the fifth semester at the age of 14 years.

Physics has been his passion since he was little. Everything related to that science leaves a challenge in himself. Even for a fairly difficult course, Diki could try to overcome it. In Chemistry Laboratory lesson, for example, Diki challenged to manage data in the lab to avoid errors. Although he thinks a bit difficult, Diki still tries to give the maximum best results.

“In the chemistry lab, the data errors cannot be controlled and just happen like that. But, I overcome it by trying to write a detailed report so that people can understand the mistakes that occur,” said the teenager who is also a lover of animals. Armed with that passion, Diki admitted not afraid to face all the challenges in the college.

Diki said the exact subjects has been stealing his attention since he was 9 years old. He then showed his great interest in the fields of Chemistry, Mathematics, and Physics. And, while he was a student of SMA Bogor Unity, Diki often won the Olympics Physics, Mathematics, and Science. Both at the national and international levels.

Diki is also grateful to be able to study at the University of Waterloo. According to him, the famous campus that excels in the field of Physics supportively facilitate a special student like himself, especially when facing difficulties in college.

“The University of Waterloo is a great university because it is able to accommodate different students. Lecturers and academic advisers also always take the time to handle students who have difficulty understanding the lessons and tasks,” explained this Neil Gaiman’s book lover. 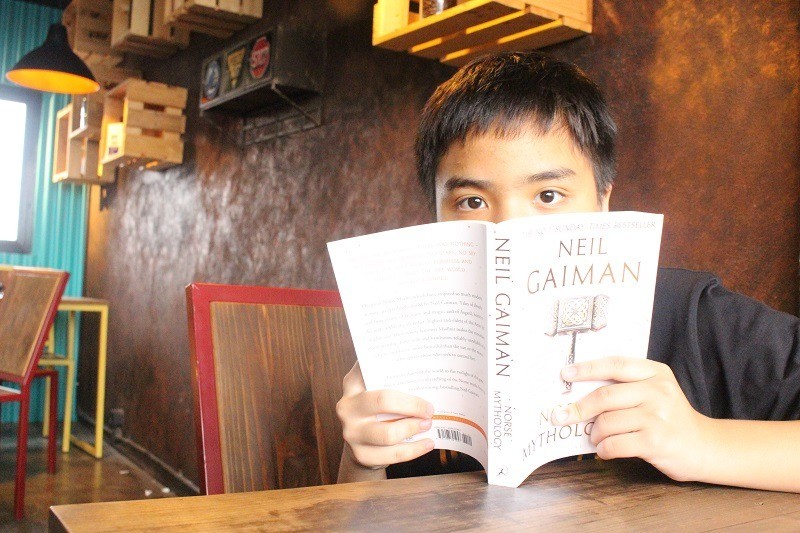 The campus support indeed plays an important role to optimize the potential of its students. With the support of the University of Waterloo, Diki continues to carve out amazing achievements. As proof of this semester, Diki earned a score of 9 for Mathematics.

Presumably, adjusting academic ability at the college level is not difficult for Diki. However, how in terms of adaptation with his friends? Can the 14-year-old Diki adapt to a 20-year-old college friend?

“There’s no problem in getting along. I try to adapt to how to join various clubs on campus. In that way, I became able to connect with them,” said Diki who is the youngest student in the history of University of Waterloo.

Been Genius Since Small

Behind the great achievements of a child, there is certainly a big role of the mother. It is Hanny, the mother of Diki, who has an important part in Diki’s success. Hanny acknowledged Diki’s privileges have been seen since he was baby. “Once, I brought Diki who was still a baby sunbathing in front of the house. I put him in the box while reading the newspaper. One hour later, I was startled by Diki who could turn his body from west to east,” said Hanny.

Hanny’s conviction of her youngest son’s privileges grew larger when Diki was 6 months old. “Diki at that time was able to use the logic to open the doorknob by stacking pillows and climbing them,” added Hanny.

At the age of one year, Diki’s intelligence began to appear. He is always interested in toys that rely on logic like Lego. Hanny also claimed to be overwhelmed in answering Diki who often ask critical and difficult questions. “If I can not answer, I will take Diki to the bookstore or to someone who’s more expert in order to give the right answer for Diki.”

When he entered elementary school, his intelligence became more and more unstoppable. He passed the school years in elementary school, SD Kesatuan Bangsa, less than three years. He even jumped to high school level through the acceleration path. At the age of 10, Diki has taken the B package national exam for high school. Then at the age of 12, when the children of that age were still in 6th grade, Diki is already a college student!

Having a genius child, Hanny doesn’t want to show off. For her, the most important thing for Diki is to be a good child that would be useful for the community. That’s why Hanny always stressed the importance of moral values for all her children. “I always teach Diki how important it is to be humble and wise. Because in my opinion, smart is meaningless without being wise. Wise people are usually not only smart but also useful for many people, “said Hanny.

Hanny’s instilled humility seems to be reflected in Diki. Despite having made many achievements overseas, Diki claimed to still want to go back and live in Indonesia. “My goal is to contribute to making Indonesia even greater, especially in the field of energy,” said Diki, full of hope. Furthermore, after graduating later, Diki plans to continue his Master’s degree in physics. “I want to work as a researcher, in order to pay college with my own money,” he concluded, steady. 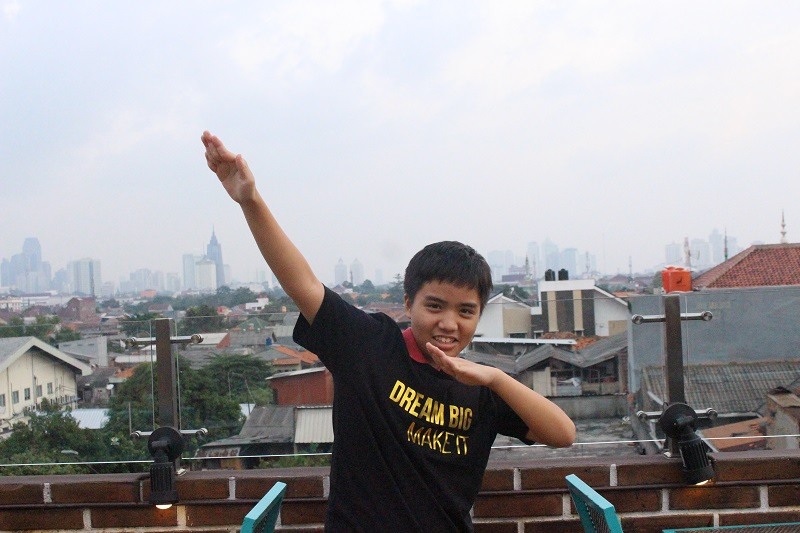 Behind his genius, Diki is a humorous and friendly figure. Photo: SUN 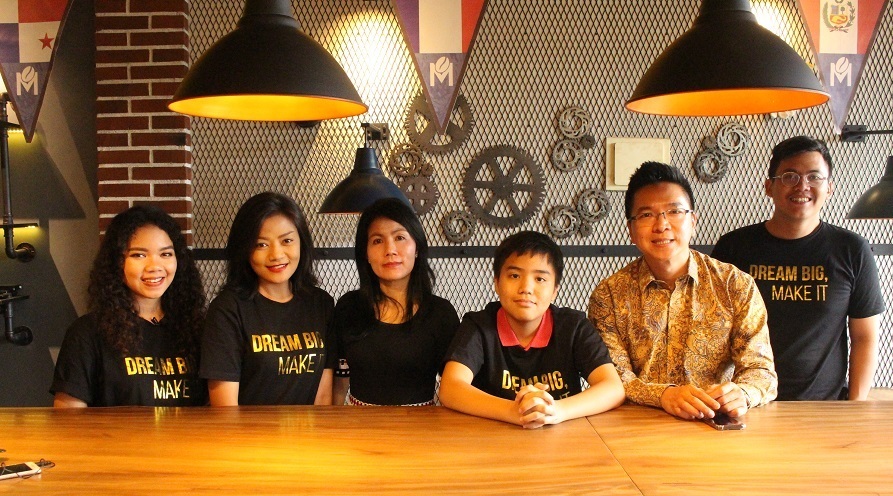 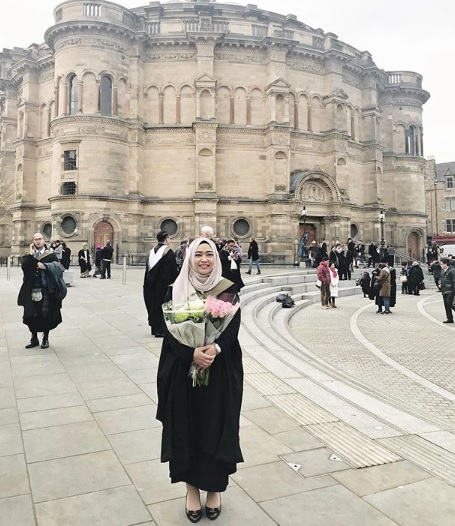