China, which has the official name of the People's Republic of China (PRC), is the country with the largest area in Asia and fourth in the world after Russia, Canada, and the United States. The population in China in 2014 is around 1.3 billion and makes this country of bamboo curtain as a country with the largest population in the world. The capital of China is Beijing and the largest city is Shanghai. This country, where panda comes from, has more than 22 provinces, and two (2) special autonomous regions, namely Hong Kong and Macau. The currency in China is Renminbi (RMB) / Chinese Yuan (CNY) at the rate of 1 RMB = IDR 1,900-2,300 in 2016.

THE UNIVERSITY OF NOTTINGHAM NINGBO CHINA

Cost of living like elsewhere, will vary according to the residential area where the population lives and the lifestyle of each individual. On average it takes students from RMB 4,000 – RMB 5,000 per month. This fee covers the cost of accommodation, meals, and transportation, and telecommunications, and other daily necessities. Other addition typically includes such textbook, photocopies, and other school needs that can reach RMB 2,000 per year.
Things to consider:

There are two (2) main types of visas for students namely the long-term visa (X1) and short term visa (X2). Short-term visa is often also referred to as a tourist visa but can also be used for students with study period of less than six (6) months. The academic program chosen by the student will determine what type of visa to be obtained.

Most universities in China have a dormitory for international students, especially for new students. Students are also able to live off-campus with permission from the university, and must be registered with the local security office within 24 hours after arrival.

Many students choose to live in a dormitory because of the reasonable price, well-equipped facilities, and security, and close proximity to the campus. Facilities provided cover the internet connection, bathroom and toilet, as well as hot water, a shared kitchen and heater, and other details for student dormitory. Rent for accommodation on campus ranging from RMB 750 – RMB 4,500 per month.

Students who want to live in off-campus residence can find information in English via the internet or by contacting real estate agents that can easily be found in China. The rental fee depends on the condition of the apartment residence. In Beijing, students usually pay around RMB 1,500 – RMB 3,000 per room per month, excluding bills.

International students in China are prohibited from working part-time. Besides, the opportunity to study while working is also very low in this country.

In general, the duration of primary school education in China is the same as in Indonesia that is six (6) years. China's basic education curriculum consists of Chinese language, Mathematics, and Physical Education, as well as music, drawing, and Science, and Social Studies basic level that are combined with practice. General knowledge of political and moral emphasis on love of the homeland, the party, and its members are part of the curriculum.

Students will undergo a six (6) years studying at the Junior High School and High School / Vocational. Secondary school graduates are regarded as educated as competition for university in China is very strict.

Students who would go on to university must follow Gaokao or national entrance exam like SNMPTN. The main subjects that will be tested in Gaokao are Chinese, English, and Mathematics. For adult learners, they are allowed to take other entrance exam that is already standardized by the government.

LOCATION OF CHINA
China is located in East Asia along the coastline of the Pacific Ocean and surrounded by 14 countries: Afghanistan, Bhutan, Burma, India, Kazakhstan, Korea, Kyrgyzstan, Laos, Mongolia, Nepal, Pakistan, Russia, Tajikistan, and Vietnam.
CHINA CLIMATE
The size of the country is very extensive making this country has a diverse climate. Northeast region experiencing hot summers and dry and cold winter with temperature that can reach -20°C.The northern and central regions experience almost continuous rain. Summer reaches 26°C and winter temperature reaches 0°C. Southeast region rainfall is quite large, with a spring-tropical and cool winters, and summer can reach 30°C. While during winter, the temperature reaches 10°C in January and February.
CHINA TIME ZONE
China has one (1) time zone: China Standard Time (CST) GMT 8, which means the country is eight (8) hours ahead of Greenwhich Mean Time. The time difference with Indonesia is one (1) hour.
PEOPLE OF CHINA
China is famous for its oldest civilization that still exists until today. There are about 55 ethnic groups recognized by the government. The largest ethnic group in China is Han with the amount of 91.59% of the total population. The country has seven (7) dialects, namely the Mandarin, Cantonese, Hakka, Wu, Min, Xiang and Gan. The official language is Mandarin. Chinese culture is heavily influenced by Confucianism and traditional philosophy. Because it is among many other countries, China has various religions such as Buddhism, Christianity, Islam, Taoism, and others.
TRANSPORTATION IN CHINA

Taxi is a more expensive transportation choice but more practical. A cheaper transportation option is the bus which reaches out to remote areas. Bus ticket prices in China are around RMB 1 until RMB 3. Unfortunately, almost all of the information bus in China using Chinese.

Avoid illegal buses and trains. Although the prices are cheaper but they tend to be more dangerous. It is not advisable for students to ride these two (2) types of transportation.

GOVERNMENT OF CHINA
The government system in China was originally a monarchy, which then changed to Communist State or a communist country, and then in 1946 changed into Republic. With this latest government policy, then China has a president and vice president as head of state.

Narcotics or other illegal drugs are illegal in China and the government imposed severe penalties for everyone including students who are found using them. 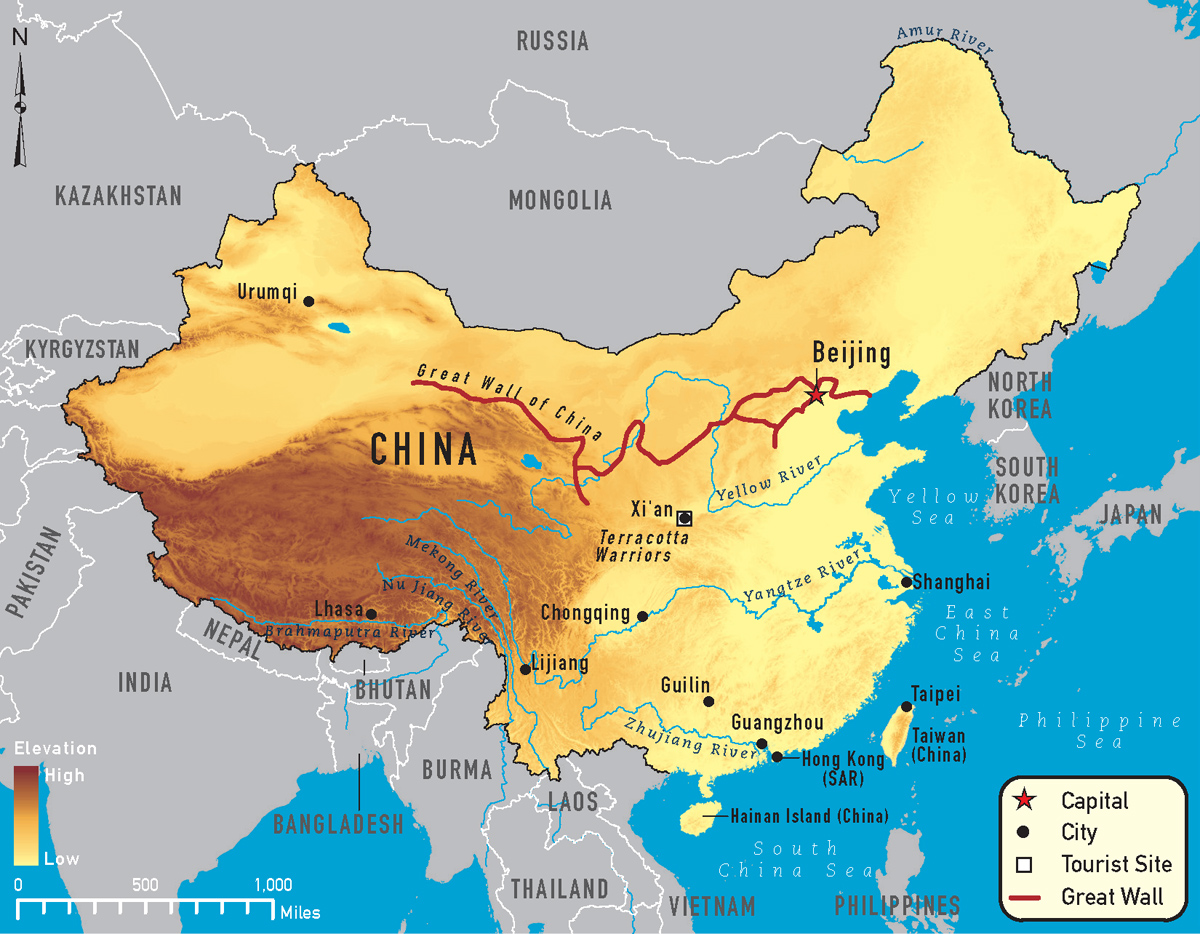